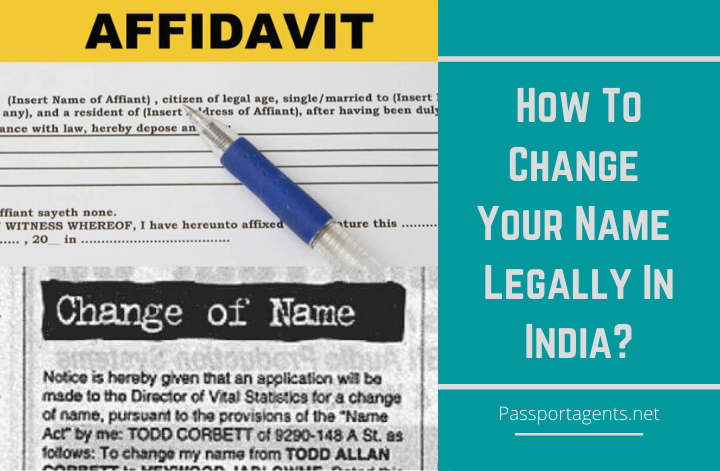 Our name plays an important role in defining our identity. As soon as a child is born, his parents give him a name, a name that the world recognizes him with. But what happens if after growing up, the child refuses to accept that name and requests to change it to something else?

Well, if such a situation arises, then the child can easily change his name. However, there is a legal procedure that he will have to follow to get this done. Here is how it works.

What is the legal procedure to change the name?

If someone wants to change his name, then the procedure to do so consists of three steps.

In the first step of the procedure, the person is required to prepare an affidavit with the help of his lawyer. The affidavit is drawn on legal paper, and it generally consists of details like your old name, your proposed new name, your complete address, and the reason for the name change (like marriage, numerology, legal matters, etc.). Once you have completed this process and you have got the document in your hand, the next step is to get it signed by two witnesses.

Along with the affidavit, proof of your Indian citizenship is needed to be attested too. With them, you also require to paste your two passport-sized self-attested photographs with the notary on an A4 size sheet. Also, as a precaution, you are also recommended to save a few photocopies of this affidavit and annexure because they are crucial documents.

After the first step, next, you have place the advertisement of your name change in two newspapers. One newspaper should be the vernacular paper of the state in which you live, and the other should be an English newspaper. This is done so that the people in your locality will know about the changes. Also, it should be noted that it is not necessary to publish your advertisement on the front page of the newspaper. Generally, the newspapers have designated columns for such advertisements and they will guide you through the process.

After the advertisement has been published you can either save its hard copy or you can keep it secure by scanning and emailing the ad to yourself for future reference.

In the third and the last step, you need to get your name published in the Gazette of India. For this, you will need to submit an application along with a few documents in the official Gazette to the Department of Publications. The documents that are required at this step include-

After this step, the procedure is considered completed and still if you see this is complicated or you don’t have time to follow the procedure then you can get some help from passport agents in Delhi and Noida, only if you live in Noida and Delhi NCR. They will help you to update your name change details in your official documents like PAN Card, Ration Card, Driving License, Passport, etc.

So, this is how you can change your name.